How the WanderSearch program come about.
The first use of a radio frequency device to locate a person was in the 1970’s in Kaikoura by Mr Titley who reputedly developed this device for a family member who repeatedly when missing   Some thirty years later in Nelson there was a number of people with Alzheimers, dementia or autism who were the subject of numerous searches and a need was identified for some sort of device to help locate these people quickly.  Ken Simpson of Murchison and Ian Trethowen of Waipara developed the WanderSearch system.  The devises in a form of a pendant were designed to be “bombproof” and branded WandaTrak. The first 15 devices and receiver equipment where made for Nelson and in use in January 2006 these were generously paid for by the Nelson Host Lions, Red Cross and the Nelson-Marlborough Freemasons of New Zealand for $15,000.

Since 2006 the WanderSearch programme has been adapted across New Zealand, currently there are over 35 groups operating the system.  There are 7 WanderSearch Charitable Trusts, 7 Alzheimer’s administered groups and the rest are parts of the local Land Search and Rescue organisation.

The devices now come in pendant, wrist and key-ring models. 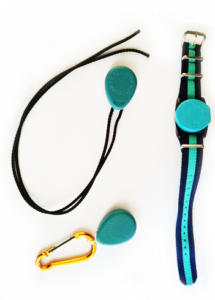 A second supplier is now manufacturing the devices in Hamilton.